We are still delivering direct to your door.

The Basics Of Recovery 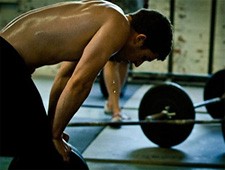 It doesn’t matter whether you’re a strength athlete, endurance athlete or just a regular gym user, recovery is so important to ensure you’re fresh and able to train for the next session. Here we take a look at the fundamentals of recovery addressing everything from the optimal carbohydrate to protein ratio, individual amino acids and even electrolyte replenishment.

Carbohydrates And Protein For Recovery

In one study conducted at the Exercise Nutrition Research Laboratory at The University of Western Ontario in Canada, researchers wanted to discover whether post workout supplements containing carbohydrates (dextrose) and protein (whey concentrate) were more effective than carbohydrates alone to improve recovery. In the study 15 trained males were asked to cycle as far as they could (to exhaustion) in 1 hour as their performance was monitored. The subjects were then provided with a sports drink containing either protein and carbohydrates or carbohydrates alone at various intervals after exercise. 6 hours after finishing the hour cycle to exhaustion, the subjects performed another hour cycle and again their performance was measured.

In summation, the study showed supplementing with a carbohydrate and protein drink immediately after intense exercise is beneficial for promoting recovery and enhancing your potential to exercise again in the same day. A conclusion supported by Ivy JL et all (2003) in a study entitled ‘Effect of a carbohydrate-protein supplement on endurance performance during exercise of varying intensity’ and by LJ van Loon et al (2000) in a study entitled ‘Maximizing post exercise muscle glycogen synthesis: carbohydrate supplementation and the application of amino acid or protein hydrolysate mixtures.’ Further research indicates that the optimum ratio for a Carbohydrate/ Protein drink for post workout recovery would be 3:1 (Carbohydrates: Protein.) It’s thought this ratio is the optimal combination to maximize muscle repair, replenish muscle glycogen and boost post workout fat loss.

Another important factor to consider during recovery is the health of your immune system that may be affected because of training. This is because research shows that when you train at an intensity above 90% of your maximum heart rate or near exhaustion, your oxygen usage skyrockets, this in turn causes an increase in lactic acid accumulation in the muscles, which in turn cases your body to pull alkaline reserves from bones and other mineral dense sources. Not to mention muscle tissue being torn and Adenosine Triphosphate levels in the muscles becoming depleted.

All in all, the body has a lot to cope with and as a result athletes often experience something known as an ‘immune system crash.’ This is where the efficiency of your immune system is reduced and can last for 3 hours or even 72 hours. One amino acid that’s been praised for helping to help boost the body’s immune system and help keep your training on the right path is glutamine. Since as well as playing a vital role in cell volumisation and nitrogen transfer, it has also been shown to help the body’s immune system and aid recovery. In fact, research at the Conway Institute for Biomolecular and Biomedical Research at the University College of Dublin found the immune boosting properties of glutamine were so impressive, it was used to treat patients with inflammatory conditions such as infection and injury.

Next an often-overlooked aspect of recovery is your body’s content of electrolytes. So what exactly are electrolytes? Essentially they’re minerals that once dissolved in water break into smaller, electrically charged particles called ions. The major electrolytes in the body are; Sodium (Na+) Potassium (K+) Chloride (Cl-) Calcium (Ca2+) Magnesium (Mg2+) Bicarbonate (HCO3-) Phosphate (PO42-) and Sulfate (SO42-.)

They are present wherever there's water in your body (so blood, cells and cell surroundings) and their primary functions are to regulate your body's fluids, help to maintain a healthy blood pH balance and create the electrical impulses essential to all aspects of physical activity from basic cell function to complex neuromuscular interactions that are needed for athletic performance.

They do this by ensuring your cells (especially the cells of the heart, nerves and muscles) maintain their voltages across their cell membranes to carry electrical impulses (nerve impulses, muscle contractions) across themselves and to other cells. However in order to do this properly, the body must contain a proper electrolyte balance inside and outside of your cells, so they can efficiently transport water to and from the body’s major systems. (Electrolytes basically work via a technique called “osmosis,” which is the transport of fluids from one cell to another.) Unfortunately electrolytes are often lost during exercise through sweating, which is why they must be replaced otherwise sporting performance can be badly affected. This is why athletes will often been seen drinking a carbohydrate drink that contains added electrolytes during an event or immediately after.

We use cookies to provide you with a great user experience and top-class service. Simply hit OK to accept & continue optimal browsing, or read our cookie policy here and learn how to manage your settings
Tel: + 44 1928 571 677
Customer Services opening hours: 9am - 6pm Monday to Friday
All Rights Reserved. THE PROTEIN WORKS™ is a trading name of Class Delta Ltd. Registered in England & Wales. Company No. 8170845